Mitch Coleborn walked into our headquarters with a deep red beard and a visible glow about him. He is one of the founding fathers of fuck-you freesurfing in the modern generation and we wanted to hear how he’s transitioning into a maturing surfer, climbing the ranks of the world qualifying tour and why he feels like an underdog and would love an alarm to go off when he’s had too much rum.

WHAT YOUTH: Lets talk contests for a second. What’s your goal? You’ve been a freesurfing hero, now you’re grinding. MITCH: It’s hard, dude…I try to go on these trips with the boys and…fuck it’s hard dude. My focus has shifted and I don’t have as much fun trying a hard full rotation out into the flats as I do when I go and just put a good combo together. That makes me happier at the moment, and I’m sure that’s not what everyone wants to hear…

Yeah, but I’ve had talks with guys and it’s almost to a point where guys like John John and Chippa’s clips are so fucked that it’s hard to match and maybe not even worth trying. I was on a trip the other day with Creed McTaggart and Jay Davies and seeing them out at North Point doing full rotation airs didn’t necessarily amp me up to do it myself and rise to the occasion, it sent me into a downward spiral. I was trying so hard and then shit goes wrong and I break a board and don’t pull shit all day. The second day was fucking like…the winds were never blowing into the lefts. It was just fucking like…

You always feel like the underdog… Yeah, it’s weird.

I don’t think it has anything to do with your surfing as much as the mental game. I always watch guys on trips and guys will get out and tell me they’re not happy. Which isn’t good. Speaking of unhappy, what’s happening on the QS? Where do you sit? So, there has only been one event. I made a few heats, and got out the round before the quarters. It wasn’t great but it’s a result, it’s a keeper. I lost by like .3 and it just kind of still bums you out no matter how good the event was prior to that. But at the moment I’m, like, qualifying I guess after one event. Lowers got canceled this year, so the next one’s in Brazil. I’m really psyched on the ‘QS right now. At Margaret’s it felt like the judges were on my side — not that I was getting overscored but for what I did on the waves I was surprised by the scores. But then it made me think that this was all I needed to do and helped with confidence. That seems clearer to me now than the trip I had after the event when I was trying to, like, battle with Jay and Creed. I still have the best time surfing with Jay; we’re best friends, him and Creed, but, like, surfing wise…I’m torn on that direction.

It’s an age when your surfing has matured. That’s what I’ve always kind of thought too.

You can still do it but you want to prove it to yourself on the ‘QS. Yeah, I really want to qualify.

You can focus on events and be like, “OK, I’m going to do Margaret’s and try really hard.” If you win an event you’re pretty much on. You’ve just won pretty much $40 grand too, which is pretty sick.

It’s worth your time and worth your travel. Yeah, so far only CT guys have won the events, which is a good thing for all of the guys on the ‘QS. Until one of those guys kind of breaks away and wins or gets a big result. So, kind of seeing who will make a run to qualify. But even seeing Nat Young make the final at Bells, it just made me so…I mean I was stoked for him…but envious and it just fired me up for the better.

That’s got to be motivating. For sure.

What’s your California setup like? Well, this time of year it’s really good because Volcom is based in Costa Mesa. So, it’s always good to spend time here and just get done what you have to get done with your sponsors. Trips coming up: Next week I’ll do Mexico, in a couple of weeks I’ll probably do Chile with Volcom and then there’s a six-star prime in Brazil after that. So, it’s a perfect little base for these next couple of months. If I spend too much time over summer it usually gets a bit too hectic. It’s pretty wild here, there’s a lot of shit going on so it’s just a good little time to spend here and I’ve got good friends who’ve got houses with spare rooms. I used to stay at Tom Carey’s place, which has been epic, but Matt Shuster just bought a new house in Laguna Beach, so it’s a little change of scenery for me, which is nice. His house is sick.

There’s some sneaky little fun waves down there… Yeah, it’s all blue water down there and shit. Blue water and white sand. Pretty trippy.

What waves do you surf when you’re here? Usually just Newport. Just Newps, Droid’s kind of doing his own thing now but usually with those boys.

What is Droid’s thing he’s doing? I don’t know, it’s hard to get a hold of him now. We used to surf out there all the time together. Yeah, he’s just cruising in his own little world.

What’s your theory on that beard? I don’t know. I just haven’t wanted to shave. One day I’ll just go, “Fuck, I’m over it.” Just see how long I can go with it.

It’s just a challenge. Does your chick support it? She absolutely loves it. That’s another thing actually. I would’ve cut it now for sure, but she loves it.

Do you trim it? The sides once, a little bit, because it was looking kind of pubey.

Do you train? I don’t but then I will for a bit. The best I feel I surf is when my body is intact. Like when I have trained. But the first week is torcher, but then the next week is good. Like, for instance, at Margaret’s there were three flat days and I was with my friend Mitch Roberts and he’s from an iron man background and we went to the pool and did a couple of laps in the pool every day. Just little things around the event. It brings you confidence for one, and then secondly your body just feels ready to go. If I went surfing out front right now and got the biggest, best section I’ve had in my life, there’s no way in hell I would land an air on the first wave.

Because you’re not fit…? If I had done a preheat warmup, there would be a lot more of a chance that I’d land it. I enjoy it, the best I’ve felt is when I’ve surfed and trained a bunch. Surfing is the best training that you can do, but there’s not always the waves for that.

Does your trainer still allow you to drink beers and get wasted? Well, he’s flying here to Coachella to go absolutely mad with me this weekend.

I just posted a photo of that. On what?

I think because you drank rum and everyone else drank beer. Yeah, but I love it.

Same. But I’ve had to learn when rum is a good idea. I wish there was more of an alarm that went off in my head of just having the best time ever and then blacking out. Doing something stupid. That’s when you want the alarm.

How’d you get home that night? We jumped in the car and someone drove us to a bar and I got us kicked out of the bar or whatever. And then back to a house. There’s just something that when I get to that level I need to have a water or something and just chill out. We started drinking pretty early that day though. We just had the best day and then next thing I know I’m trying to tackle Kai and get pegged up to the clothesline.
[Pick up a copy of What Youth Issue 4 for the rest of the interview with Mitch Coleborn.]

Our fourth installment of the What Youth book is a reminder. A reminder of why we surf. A reminder that...

Our fourth issue is now available in the What Youth store, as well as in fine retailers across the globe....

Along side being a DC co-founder and building the Incase brand, Damon Way, for the past couple of decades, has...

Hunter S. Thompson once wrote about jackrabbits that would jump in front of cars at the last second for kicks....

Mitch Coleborn walked into our headquarters with a deep red beard and a visible glow about him. He is one...

Photographs by Kai Neville (Polaroids from Issue 4 by Sam Nolan) Hit play on this daydream now. Special thanks to... 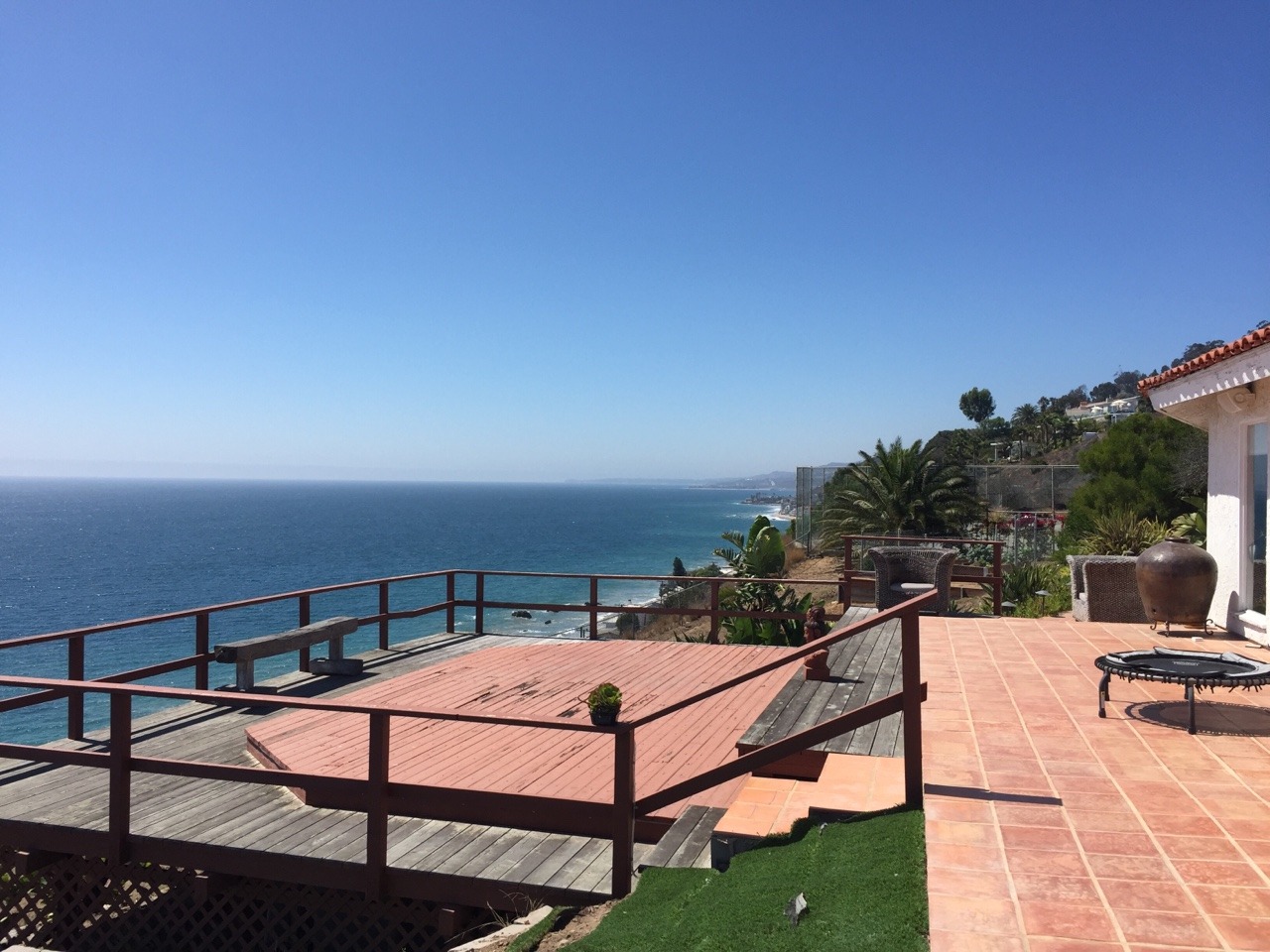