I’ve been a fan of WKND since I found out about them. Aesthetically, they’re great. But what’s also great is the personalities that exist in their crew. I discovered one of their talents, Alexander Schmidt when they announced the release party for his new zine, Side Streets. I couldn’t make it, but I loved what I saw. The photography is raw, gritty and inspiring. Alexander has a special talent as both a street skater and street photographer. I had the opportunity to grab a cup of coffee with the lurker himself. Here’s a snippet of our conversation and some photos he blessed us with. –Jeff Alper

What Youth: How does skateboarding inform your life?

Alexander Schmidt: Skateboarding’s always been the root of anything that I’m interested in. Whether it’s inspiration from photography or music or even types of architecture. I’ll remember certain cities because of skate videos. Like, “Oh, that looks like Barcelona.” You can’t really escape that state of mind. I think a lot of skateboarders can relate to that.

Are you a skater or a photographer?

I would say I’m a skater who enjoys taking photos but some days I’ll get juiced and be like I’m a photographer today. I like lurking around and finding my own place to skate. A lot of people in L.A. don’t have patience for that. It’s kind of the same with photography too.

What’s the best part of being a photographer?

I feel the most satisfaction when I get a roll back. And I have a bunch of images that worked out and I’m like, “I wanna show these.” That’s when I consider myself a street photographer. Then sometimes I get that roll back and I don’t get that interesting of a photo and I’m like, “Fuck.” You know? But that’s just the name of the game.  It also helps me to be in the moment and appreciate people and environments as they are. An everyday occurrence that a lot of people would take for granted can be something really beautiful or interesting, especially through photographs. I try to share that with people through my photos. Mary Ellen Mark said something like, “theres nothing more extraordinary than reality.”

Where do you go to get it developed?

Samy’s Camera in Pasadena. The best. I trust ‘em.

I’ve been going to freestyle photo in L.A. Have you been there?

Off the record, Freestyle Photo has given me back some weird scans. Id rather just do the drive to Pasadena.

I knew it! That pisses me off. So do you ever develop them on your own?

I’m considering making a darkroom in my closet. I haven’t done it in a while but I like it. My girlfriend is moving in from NY and she’s a creative too. She pushes that idea.

How is it skating for WKND?

I’ve skated for WKND since the beginning. The company’s small so everyones voice is heard. I really enjoy the mix of personalities that make up WKND, plus they’re all of my close friends. I love it.

That Eric Koston thing was hilarious.

That was definitely Grant’s (Yansura) idea. He sometimes has ideas I don’t understand at first at first, but once you see what he’s envisioning it’s pretty fucking sick. You’re like, ‘is Koston really gonna skate for WKND?’

What’s it like trying to be a professional skateboarder?

It’s fuckin hard. Trying to be a creative person in L.A. is fuckin hard, too. There’s so many people.

So who inspires you as a skater and then as photographer? Like, who is hot in your brain right now?

Trevor Thompson – he skates for WKND and he’s funny. Danny Montoya. Nate Jones. And for photographers let’s say Mary Ellen Mark, Joel Myerowitz,  Josef Koudelka and Tom Wood. Vivian Maier is awesome too. I watched that documentary twice. It’s sad how she became this senile lady. She was so introverted. Kinda nuts but she made awesome photos. She was a great lurker. Everybody Street is another amazing documentary to watch about street photography, I highly suggest it.

Vivian Maier put herself in the right place to get the photos.

Well that’s the cool thing about skateboarding. It’s the same idea. You kinda lurk around weird parts of the city. Like what are you gonna see there? Obviously something interesting.

What do you think about the word unapologetic?

The first thing that comes to my mind is fucking up pretty bad.

You fuck up so bad that you don’t apologize. You know? I’ve taken a photo of downtown – of this guy. I thought his character was interesting. He looked at me afterwards and said ‘If I find that that photo on the internet, you’re going to jail. But we’re crossing the street in downtown L.A. with 30 other people. We’re in public dude. I can take photos.

True that. So this zine is a pretty simple idea, right?

Yeah. You know, there’s a few titles and words but yeah, for the most part it’s just photography. I just wanted the image to stand on its own you know?

Do you have a favorite part of it?

I don’t know. There’s always things I want to make better. I want to get bindings on the next one. So it’s good on the bookshelf. The whole thing though, probably.

I want to do a zine soon. Half of this interview is for selfish reasons.

Absolutely. Dude, ask questions. If it weren’t for people who were down for me asking questions, I wouldn’t be anywhere. I pick brains to make shit happen. You got to. I don’t know how to use fucking Indesign. But whatever.

Susan is a band, and we’ve been in love with them ever since they let us use their song “Windows Down” in Episode 1 of 4 Cities with Ozzie Wright (by the way, watch that). Comprised of Jessica Owen on guitar, Beth B on bass and Katie Fern on drums, Susan mixes elements of pop…

Conversation With: Yung Because we’re obsessed with this band

We told you to listen to Yung a couple months ago, and not only are we taking our own advice, but we’re still basically obsessed with them. Their debut album, A Youthful Dream, has been dominating our eardrums since we first hit that play button. So read our interview with the band below, and keep…

Conversation With: Audacity Plus the World Premiere of their new video for “Not Like You”

Orange County’s staple garage-punk band Audacity is pounding on your door with another ruckus album, and you’re bound to fall in pop-punk-love with it. If you haven’t had the privilege of growing up with Audacity records through your punk rock teen years, or had the chance to get high off their endless energy at one…

Conversation With: Kera and the Lesbians Elvis, that name and their new record

Kera Armendariz, the frontman and lead singer of Kera and the Lesbians, is, and ignore my cheesy cliché, in it to win it. “I see myself as a longevity artist,” she says with calm confidence. She’s been writing and playing music since she was young, when she discovered what would become a lifelong love for…

Conversation With: Robbie Simon “If you’re happy where you are, every step along the way was right.”

Robbie Simon, the Los Angeles-based artist, is modest when speaking about his talent. “If you would’ve told me even three years ago that I would be having a show of paintings, I wouldn’t have believed you.” He’s most recognizable as the designer for Allah-las posters and flyers and merchandise, essentially their contributing art director. But…

William Strobeck is a filmmaker. And he’s the kind we need. A creative mind so rooted in the world he documents that he cannot help but document it exactly the way it is. With an attention and attraction toward the colorful world it exists in. Unfortunately, this is a rare thing. He wants you to… 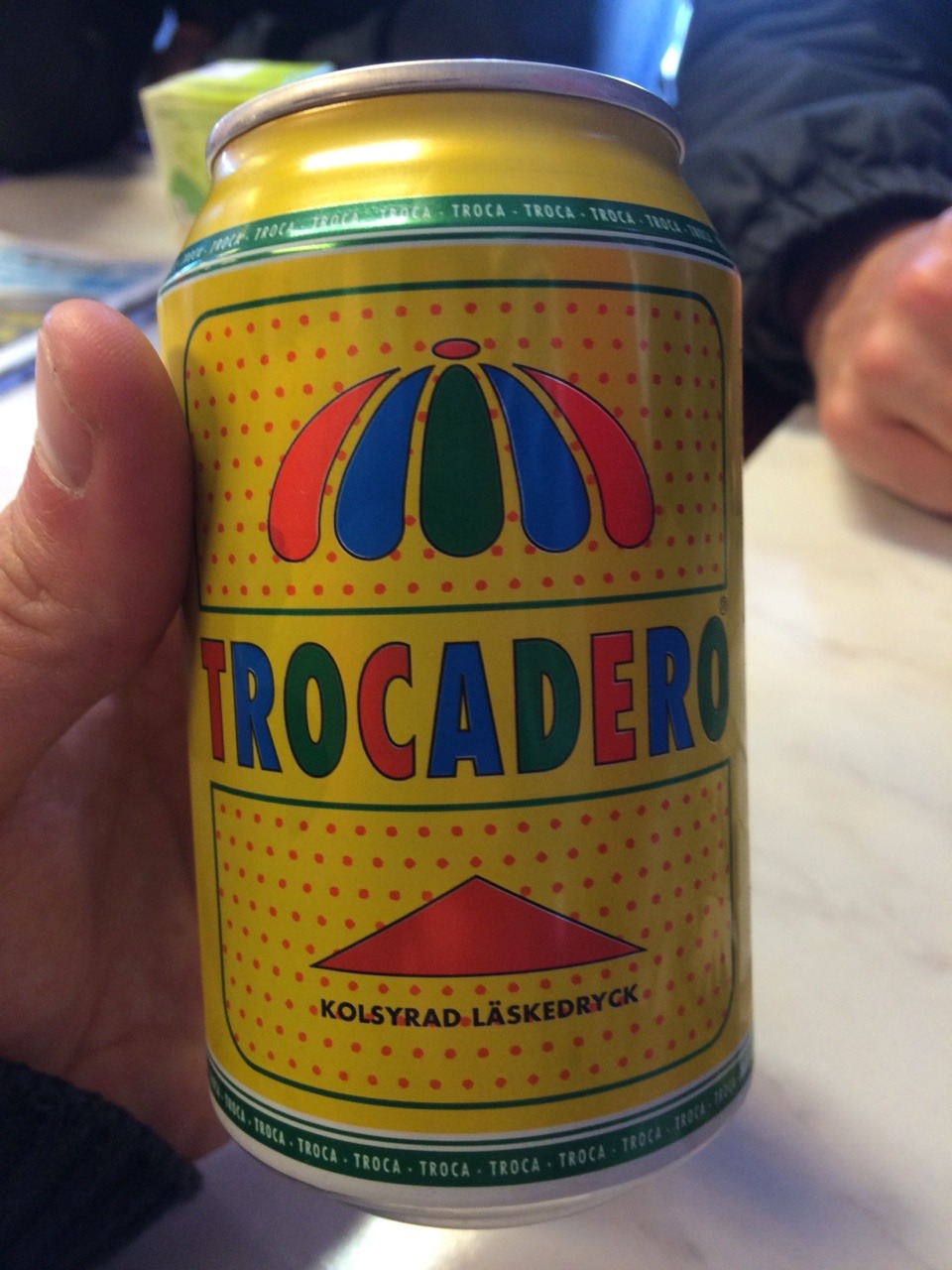 Danny Lee Blackwell, singer and guitarist of the soul/psych band Night Beats, chooses his words wisely. He speaks softly, humbly, almost like a musician who’s been asked the same question one too many times. And with good reason. The band he formed with drummer James Traeger back in 2009 has been incredibly busy lately, and…

We’re big fans of the dudes over at Crap Eyewear. They make great shades, sponsor our parties like a bunch of bosses and have great taste in music, which, for me, is a major turn on. So when Brand Manager Tony Accosta sent me Billy Changer’s album, I couldn’t wait to swallow the jams. Billy…

Conversation With: Death Valley Girls “Rock ‘n’ roll is how you say I love you.”

Death Valley Girls look like they moonlight as a biker gang and sound like a combination of riot grrrl attitude mixed with Link Wray fuzz appeal. If it weren’t for their contagious smiles and supernatural predilections, I probably would’ve been too scared to even talk to them. Just last year, the band – currently Bonnie…

Conversation with: Javier Mendizabal Catching up with European skate royalty

Javier Mendizabal is European skate royalty. He’s been appearing in Cliché and Quiksilver ads since the beginning, and we recently had the pleasure of traveling with him during the filming of our short film Postcard Oregon. He’s a wealth of knowledge and we wanted to share just how legit the man is. WHAT YOUTH: Javi!…

Conversation with: Meatbodies On Sabbath, Opera, Martinis and more with a good rock band

Chad Ubovich has been a musician almost all of his life. He grew up surrounded by instruments – his father was a music teacher – and by the end of high school, had battled in Battle of the Bands and found his way in the LA music scene. He’s toured with Mikal Cronin, Charlie and…

I’ve always loved Jamie Brisick. For many reasons, but one important reason being that along with Derek Hynd and us, he considered surfing to be one of the most conservative, uptight and close-minded of all the sports. This should sound baffling, because surfing was born of rebellion and outcasts and characters, but it’s changed.  A good…