Editor’s note: For those of you familiar with our printed books, you may recognize the name C.S. Louis from a variety of pieces he’s written in them. He’s long-winded and a literary and literal contradiction. But he keeps us on our toes and always shoots us straight. He ran into Brendon Gibbens and Noa Deane in Cape Town yesterday.

All “the boys” do is talk about ramps. They topple over and roll around on the ground each time one forms for an instant. One could argue it’s not even surfing that they perform. The waves are terrible by all traditional measures, and the average surfer can relate to Noa Deane and Brendon Gibbens’ approach in South Africa about much as they can paddling Jaws.

The lazy sunbathers on a Sunday drive have no clue what the boys are doing out there bobbing about. One car stops, and then two, and then fifteen cars watch and wait for fly-aways and ill-fated landings to flat. Middle-aged women in striped tops and their tennis-sweater cloaked husbands clap and gasp and exclaim in a way not unlike Brendon had been minutes earlier. Noa must be in disbelief at this certainly non-spectacular roadside spectacle.

Noa is so relaxed. He’s lying face down on a mountainside patch with BG (Brendon Gibbens) pulling at his arms trying to paddle through the roadside gravel or some trippy shit. They’re at the foot of a peninsula dividing ridge where mist sits fifty meters in the sky driven by eddies and local lore. Noa doesn’t know to be anxious about the surf. He is unaware of what lurks along the graduating sand bar or that he’s about to leap several feet over a jagged ledge to narrowly avert disaster at the rock-kissed shoreline. Brendon does. He’s knows all about it. He’s just about the only one here each day. Exclaiming and hopping about, yelping each time a ramp appears and disappears. And although this swell magnet strip has its day, today is not it. But no bother because Noa is relaxed and BG is fucking psyching and they haven’t seen each other since France or Copenhagen or something.

The fly-aways ebb and the middle-class contingent dwindles as they are replaced by Chacma baboons that seem less interested. The adults lie lazily primping while the kids cause a fucking ruckus. But the adults only stare, seeming to shake their heads at this display of mis-spent youth searching for fucking air wind. —CS Louis 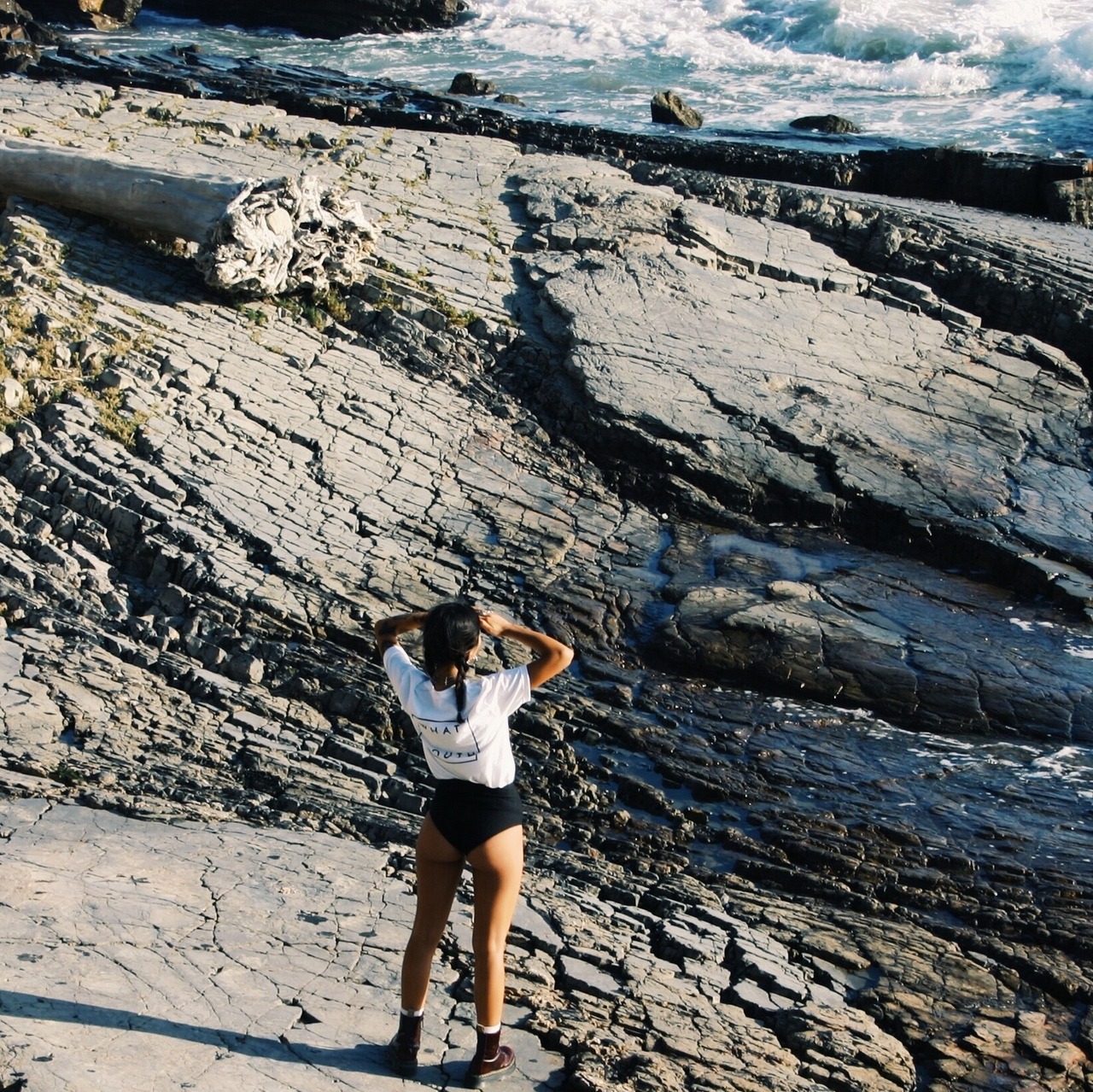